Pupils listened to the moving testimony of a survivor of the Siege of Sarajevo genocide as part of the school’s commemoration of Holocaust Memorial Day.

Holocaust Memorial Day, held on 27 January each year to mark the liberation of concentration camp Auschwitz, is an international day of remembrance for the millions of people murdered in the Holocaust under Nazi persecution and in the genocides which followed in Bosnia, Cambodia, Rwanda and Darfur.

Rešad Trbonja gave his emotional testimony to an assembly of Year 10 pupils about his experiences during the 47-month siege of the capital city of Bosnia Herzegovina from 1992-96, the longest in the history of modern warfare. By the end of the conflict 8,372 men and boys had been killed.

Rešad’s visit is part of a wider UK programme on behalf of the Remembering Srebrenica charity to talk about his experiences of the genocide. He will visit 18 schools this year during his sixth visit to the UK.

Rešad said it’s important that the boys learnt the lessons of what happened in order to prevent them happening again in the future:

“You are the future of this country and can create a better society for you and your families. The first stop to genocide is creating an ‘us and them’ and a gap between people. Don’t fall for prejudice – it’s so easy to bite but be brave, courageous, reject hate and don’t do things to others that you wouldn’t like to happen to yourselves. Be a force for good.”

“Rešad gave a very powerful account. We can never really imagine what people went through because we have not lived through the horrors of war but our pupils will remember this talk for the rest of their lives and take the messages home to friends and families to live with understanding and compassion for each other.”

In maths lessons, pupils looked at statistics regarding deaths and survivors of the Holocaust and in geography pupils used grid references on maps to find routes of those who fled Nazi Germany. Pupils also attended whole-school assemblies and the school’s Anne Frank Ambassadors attended and interfaith event organised by Blackburn Interfaith Forum and Blackburn with Darwen Council.

For further information about the Holocaust Educational Trust visit www.het.org.uk.

Rešad Trbonja, who was just 19 when the war began, said:

“There were three major communities – Orthodox Christian, Catholic and Muslim but all the people were white, spoke the same language and had a very similar heritage. We were an example of coexistence, a multicultural and multi-faith society for five centuries, so we couldn’t believe that war could happen in our own country, as part of Europe, in the 20th Century.”

To defend his city Rešad became a soldier and was stationed at the frontline around the hills of Sarajevo for six days at the time. When back home it would be Rešad’s job to collect enough water for the family to survive while he was away, constantly under the threat of being shot by snipers or bombed who deliberately targeted the few water sources. The family survived on the basic meagre rations provided by humanitarian organisations and Rešad would even sell his own blood in exchange for cans of beef. His father would scavenge for food to supplement their diet and tyres to burn in a makeshift stove for heat and to cook.

“Imagine all those little things that you take for granted like going to school, having a home, electricity, food and running water are just taken away from you in a few days. I have witnessed the brutality of war and seen people killed right in front of me. We were deprived of a normal life for three-and-half years and had to fight for our very existence and survival. The only thing that was certain when you woke up in the morning was that it could be your last day alive.” 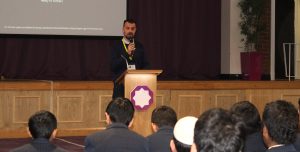 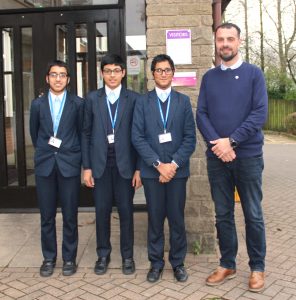 Star Academies has recently launched a series of exciting new reading initiatives to promote the joys and benefits of reading.

Please see the December edition of the Principal's Newsletter